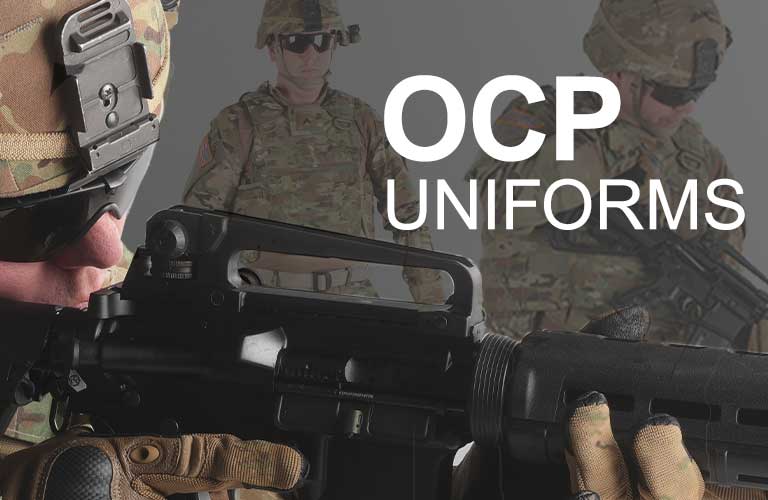 The Army’s OCP uniform four-year transition period is just around the corner. Along with the Army, the United States Air Force will also incorporate OCP (Official Camouflage Pattern) into their new Airmen Battle Uniform (ABU). All Army personnel need to have new OCP uniforms by Oct. 1, 2019, but USAF members have until April 2021 to complete their OCP ABU uniform. Patriot Outfitters proudly offers all Scorpion OCP uniform components as well as AR-670-1 clothing and accessories. Shop our large selection today!

Why Are the Air Force OCP Uniform and Army Combat Uniform Changing?

Over the years the combat uniform pattern has changed multiple times for the Air Force and Army. Both Airmen and Army soldiers have voiced concern about the pattern design, comfort, and safety features of the utility uniform.

A main concern for the Air Force is the ABU's pattern and features. After much feedback and years of testing, it was found that the current digital Tiger Stripe ABU does not have the level of concealment as the Army’s Scorpion W2 pattern. This discovery solidified the need to execute the transition to a uniform camouflage pattern.

In addition to giving our military more protection while they are in combat the joint branch adoption of the OCP or Scorpion W2 pattern gives the Army and Air Force a standard camouflage pattern.

For Army soldiers, the OCP camo or Scorpion W2 pattern became available for purchase starting in July 2015. It will be their required ACU uniform camo pattern on October 1, 2019. Until the Mandatory Wear Date Army soldiers can wear combinations of UCP, OCP, and OCIE (all components must be the same camouflage pattern).

Starting in late 2018 Airmen could purchase OCPs at a variety of bases and around October 2019, OCP ABUs will be available for purchase online. As of June 1, 2020, Coyote Brown boots, DLA-issued green socks and Tan T-shirts must be worn when wearing their utility uniform. The Air Force OCP Mandatory Wear Date is April 1, 2021, in addition, all patches must be Spice Brown background.

In January 2020, the OCP uniform was announced as the official US Space Force uniform for the newly created military branch.

The OCP has a six-color palette and smooth lines, allowing its camouflage to better blend into various environments. The pattern resembles MultiCam with muted greens, light beige, and dark brown colors, but uses fewer beige and brown patches and no vertical twig and branch elements. 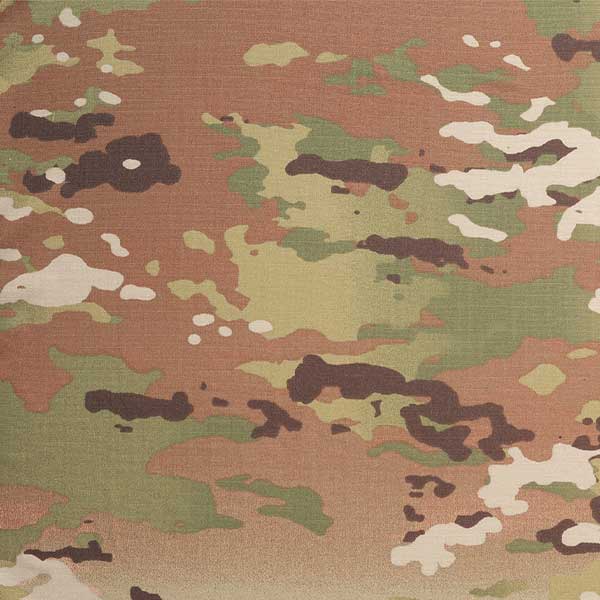 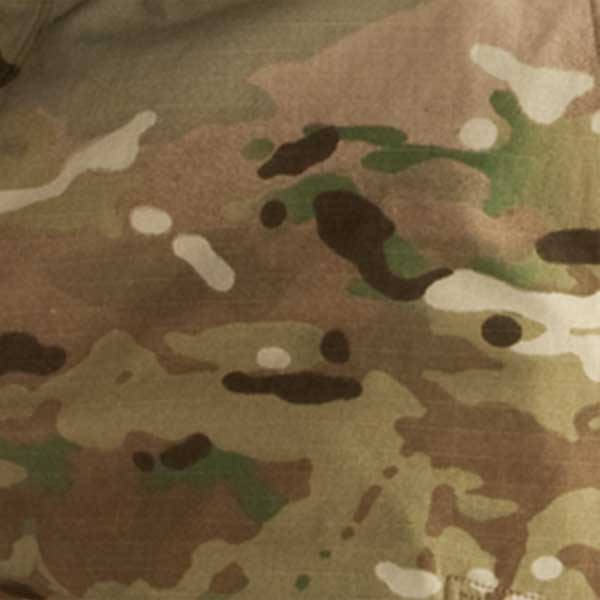 MultiCam
Not only has the OCP camo changed, but many features of the uniform construction have also been updated. 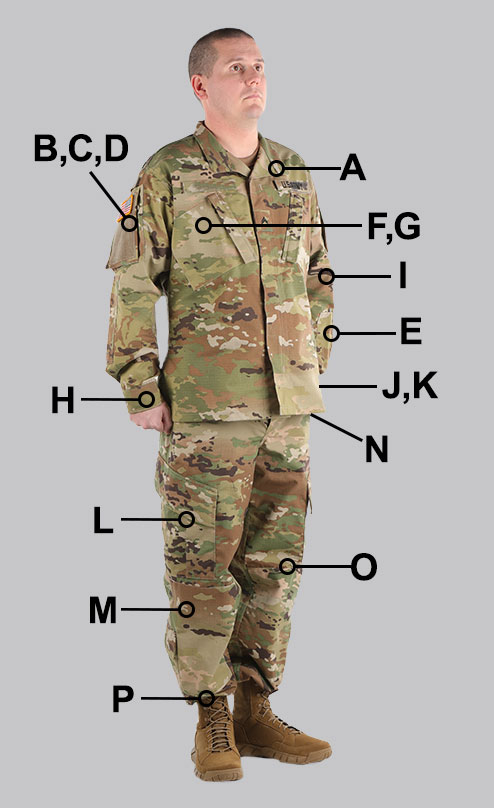 To complete the OCP Uniform, additional components are required. All the uniform requirements are listed in the DA Pam 670-1. Here at Patriot Outfitters, we are proud to offer a large selection of OCP Scorpion W2 clothing as well as Coyote Tan 499 colored components.

One of the most popular OCP-approved boots is the Nike SFB Gen 2 Lt Boot. This uni-sex Nike OCP boot features the breathability, flexibility, and performance you would expect to find in an athletic shoe. To ensure that our military soldiers have the necessary uniform footwear requirements, Patriot Outfitters also offers a variety of Nike SFB boots, including the SFB Gen 2 and SFB Field 2 boots.

Every Airman and Army soldier must wear a tactical belt. One of the most popular and cost-effective options is the Propper Tactical Nylon Belt. This belt has a molded belt buckle that easily adjusts and holds tight when you are loaded down with gear. The heavy-duty 1.5-inch wide nylon belt withstands harsh treatment and stands the test of time.

Made to protect soldiers from the elements, the Propper 50/50 Nyco OCP Uniform Boonie Hat is sewn to military specification MIL-H-4105B and NIR-compliant to reduce radiation level detection. This military hat features the OCP Scorpion pattern and has vent holes on the side for air circulation. The loops around the crown allow branches or other vegetation to be attached for camouflaging, and the adjustable chin strap ensures a secure fit.

Patriot Outfitters is proud to offer our military the opportunity to get their OCP uniform components and Coyote Brown boots today. For more details about Army uniform regulations visit the DA Pam 670-1 and for the Air Force official wear guidance visit the AFI 36-2903, Dress and Personal Appearance guidelines.

Success! You have successfully logged in.
Error! Invalid login credentials.
Alert! User with multiple login redirecting.
We have upgraded our site and you will be required to reset your password for security purposes. Click HERE to receive an email with password reset instructions.
Success! Email has been sent.
Alert! User does not have an email.
Alert! User has a new password.